On January 1, 1863, the Emancipation Proclamation issued by President Abraham Lincoln went into effect. 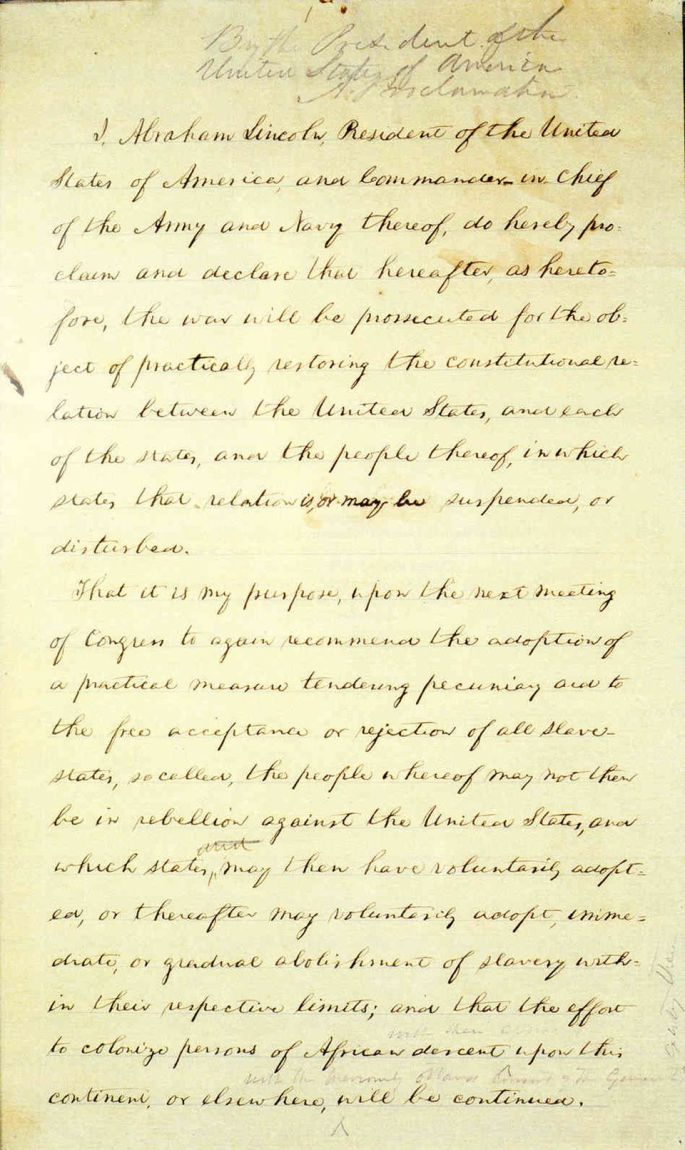 The executive order changed the legal status of more than 3.5 million enslaved black Americans in 10 designated states and areas then in rebellion against the United States:

That on the first day of January, in the year of our Lord one thousand eight hundred and sixty-three, all persons held as slaves within any State or designated part of a State, the people whereof shall then be in rebellion against the United States, shall be then, thenceforward, and forever free; and the Executive Government of the United States, including the military and naval authority thereof, will recognize and maintain the freedom of such persons, and will do no act or acts to repress such persons, or any of them, in any efforts they may make for their actual freedom.

This year marks the 400th anniversary of the arrival of the first enslaved Africans in English North America. There will be a year-long commemoration of 400 years of African American history.

As the nation gears up to mark this milestone, K. Hovnanian Homes is gearing up to degrade Abolition Hall, a former Underground Railroad station where fugitive slaves found shelter on their journey to freedom. The purpose-built structure is listed on the National Register of Historic Places.

Ignoring the reasoned opposition of Friends of Abolition Hall and allies, the Whitemarsh Township Board of Supervisors voted to allow Hovnanian to build 67 townhouses within a stone’s throw of the historic landmark.

While the case winds its way through the courts, we’re taking the case for saving Abolition Hall to the court of public opinion. To that end, we launched VillagesatWhitemarsh.info which redirects to Abolition Hall Deserves Better. For the next 400 days, we will curate news and information to raise awareness among prospective Villages at Whitemarsh buyers that they would be buying into a cookie-cutter development that was built on hallowed ground. So caveat emptor.